"The Stuff That Dreams Are Made Of" ... Bogart, Shakespeare, The Maltese Falcon, Those Great Movies

The Mockingbird Will Never Die 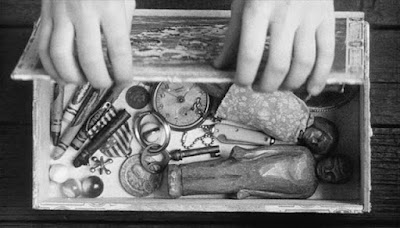 Dear Readers, it's no secret that I'm an avid classic movie lover as well as an avid reader of great books.  To Kill A Mockingbird, movie and book, have a permanent place in my mind and heart.  I had to make a decision for myself about all the hoopla with the publication of Harper Lee's first draft idea for Mockingbird.  In my opinion, about which I don't really feel humble, is that it was irresponsible and unethical to make money by outing "Go Set a Watchman," Harper Lee's first draft idea.

Mockingbird is a superb book that inspired a superb movie, a treasure for both movie lovers and lovers of literature who know greatness when they see it.  Harper Lee's first story idea was bad, as they so often are. Her publisher suggested something different, as they so often do. So she eventually wrote a great book; maybe then was when she got some help from her friend Truman Capote.  I've never believed the old rumor that he actually wrote it.  It's not his style at all.  He may have given valuable advice, but if I had such a writer for a friend and I was stuck on my writing, I would welcome his help too.

I don't know all the facts about how "Watchman" came to be published; I don't know what Harper Lee had to do with it or what advice she was given.  With the greatest respect, Miss Lee is a very old lady, eccentric in many ways, and someone should have had the heart to squelch the idea of publishing that draft, which was squelched in the first place because it was bad.  I would die if anybody saw some of the first drafts I've written! Most writers would.

I'm sure many of you know more about the events leading up to the "Watchman" release, and I'm not averse to learning facts.  I guess after I first read some of the articles about it and got a look at the story, I was just suspicious about Miss Lee's involvement and, frankly, just didn't care about the draft.  It was just that ... a draft.  Now so many people are terribly upset, re-thinking the real Mockingbird, and that is very sad.  It's especially sad for the generations of kids who will get to know this novel and book that Oprah Winfrey called our national book.  It is likely that their experience will be tinged by knowing from the start about the backlash against the idea of Atticus Finch being a racist, the most important issue being discussed.  That word, used however carefully or with whatever back-pedaling, is immediate cultural death to anyone or anything involved.  That would indeed be a tragedy, one which is up to us to avert by teaching our children and grandchildren how to understand and what to ignore in the case of Mockingbird.

For us, Atticus Finch will always be a loving father and decent, caring and educated man, in a time and place in which some of those virtues were not prevalent.  That is how Harper Lee offered him to us.  That is who he is.  To Kill A Mockingbird will never disappear as long as we adults make a firm decision to teach our children just as Atticus taught his own.

When I was a teenager, I wanted to be Rita Hayworth or Vivien Leigh.  The sheer beauty of these women was intoxicating, and at that age I thought that was the be all and the end all for a woman.  When I got a little older, I came to realize that even great beauty just wouldn't do.  I began to notice other qualities of women I admired, particularly my mother.  I became acquainted with the movies of Teresa Wright, and ever since then have felt that if I were not myself, I would like to be her.  It wasn't just her looks or talent -- she was certainly lovely and a wonderful actress.  She was not glamorous and did not want to be.  Teresa's prime movie career was set in a time I have always loved.  She was in her 20's during the 1940's.  I had always felt I would been better suited there than in my own time.  The 40's, even though stricken by war, seemed a wonderful time to be a young woman living in a medium-sized town where decent people lived ordinary lives (eg. Shadow of a Doubt); where modesty, love, and the importance of fidelity were desirable virtues (eg. The Best Years of Our Lives); where love of country and responsibility for it were commonplace (eg. Mrs. Miniver). The most famous movies in which Teresa appeared, added to the three already mentioned, were The Little Foxes and Pride of the Yankees.  These films spanned the years of 1941 to 1946.


Lest I be dismissed as a rose-colored glasses type, I certainly know that those years, the towns portrayed, the stories themselves also held behind closed doors the fear, unhappiness and difficulties with life as in any era.  In fact, each of the five movies has Teresa starting out as an innocent girl, only to be forced to deal with disappointment, sorrow and sometimes just plain evil -- a  beloved, yet murderous, Uncle Charlie in Shadow; post-war mental and social damage, divorce and physical disability in Best Years; the effect of war on an ordinary English family, and death that comes as never expected in Mrs. Miniver; greed and evil in a young girl's mother and uncles in Foxes; and deep sorrow for a wife with her husband's illness in Pride.


Teresa's movie career began to decline after 1946, although she made several, none of which ever reached the the level of importance of the first five.  Teresa then became a prolific actress on television, with a few occasional movies, and worked until she was 78 years old.  She died in 2005.

So why do I feel so akin to a decade that ended before I was born?  I like what I've seen and heard about the cultural attitudes, the social aspect of relationships and other heavy issues.  But right now, I'm thinking about the fabulous big band music, the way that men dressed in suits and fedoras, and the women's clothes that looked like ball gowns compared to the way we appear in public these days.  One of the fun things about Teresa for me is her clothes.  In every movie she is dressed in beautiful, simple day wear, tailored just to her.  You can imagine yourself in clothes like that, as opposed to period costumes or mink-laden outfits for the rich.  Teresa always looked great, cool and womanly.  I liked her hair too.

It's hard to believe that Teresa Wright could fall under the category of forgotten stars, but I bet not many people other than us have any idea who she is.  That's such a shame.  She made important, great movies, and neither she nor they should be forgotten.

Welcome To The Brain Food!

Here at the Brain Food, we will talk about every aspect of classic movies, including reviews, history, interesting trivia, fun facts - it's all for the love of the great classic films. For instance, did you know that at the end of "The Maltese Falcon", Bogart says 'The stuff that dreams are made of',' but Shakespeare originally wrote it as 'We are such stuff as dreams are made on'? That brings me to an old classic film freak joke. "What is the last line of "The Maltese Falcon"? Most people say "The stuff that dreams are made of." Not so! The last line is "Huh?" as given by the police detective with Bogart. That always tickles me. There are lots of fun and fascinating things about classic movies, and I like to write about them. Welcome!

I'm from Indiana, a Hoosier all the way (except that I don't like football or basketball, which makes me an unAmerican Hoosier). My blog spotlights classic movies ... the greats and the flops, the fun and history, the personal and societal impact of American film. I'm a voracious reader of classic literature, my favorite music is classical, and I love classic TV ... thus, my nom de plume, ClassicBecky.

Click on the lion's nose for my winning article, "Mobsters, Pals and Skirts -- The Golden Age of Gangster Movies"

The Best Group On The Net!

Vincent Price and Edgar Allen Poe - What A Combo!

As the sun was setting on The Great Flynn's life and career, he gave one of his best performances

"The Sun Also Rises" ... click on Errol's orange scarf to find my tribute to his performance as Hemingway's tragic character, Mike Campbell

Oh how Shakespeare would have loved cinema...

Click on the villainous king's crown to find my review of both Laurence Olivier's and Ian McKellan's film versions of Richard III.

The Greatest Movie Fairy Tale of All

Click on the candle to see my piece on The Red Shoes, a film that is as close to a living impressionist painting as you will ever see

This is my idea of a holiday greeting card!

Click where the swords cross to see an enlarged version ... Created in friendship by Flick Chick - The Great Flynn, my first love ... this is a keeper!

The Great Flynn has once again gotten in touch ...

His messages always come through my good friend FlickChick!

Another of Marsha's masterpieces

The Love of Reading

"It was books that taught me that the things that tormented me most were the very things that connected me with all the people who were alive, or who had ever been alive." ... James Baldwin

There have been others -- some just wonderful -- but these are the originals!

Home studio for Errol Flynn, Cagney, Bogart -- so many other greats

Number One In My Book

The lady with the torch...

Drama is my first love in movies ...

Glad it's not A Fascist Production ...

Charming, dashing, and a better actor than most gave him credit for...

The USA, out front!

Simple logo for a great studio ...

Awarded by Dawn of Noir and Chick Flicks

Thanks to Yvette for honoring my blog with a Liebster Award!

Click on the picture to visit Yvette's great book and movie site!

It's A Shame You Can't Eat An Award!

Many thanks to Dawn of Noir and Chick Flicks and Clara of Via Margutta for honoring me with this sweet dessert!

Freedom or Death, The Greek Passion, Zorba the Greek

A great old gal who I sometimes channel!

Richard III, Henry V, Macbeth, Hamlet - too many to list

The Haunting of Hill House, We Have Always Lived In The Castle

Had to have just one more

The original bloodsucker himself

The creepiest Dracula ever

The sexiest Dracula ever

The tallest Dracula ever

The Hunchback of Notre Dame